Arabella and Marta are the result of a repeat litter of Ch. Twyborn Flam Beau (Swe) x Piaffe La Boheme.

Like her sister Marta, Arabella is starting to come into her own with wins at breed level. She is a free moving scopey girl who shows a great deal of promise. She was Runner Up of Breed at the Toowoomba Royal to her sister Marta at just 15 months.

Arabella was Runner Up in Show in July 2014 at the Samford and District Show Society Inc just at 19 months with an entry of over 600. This was under Whippet breed specialists Terry and Ruth Collicutt from Tasmania.

In September 2014 she won a 17 point Best of Breed under Whippet specialist Mr John Comerford.

Arabella is now with Deb and Brian Kilmartin and much loved. 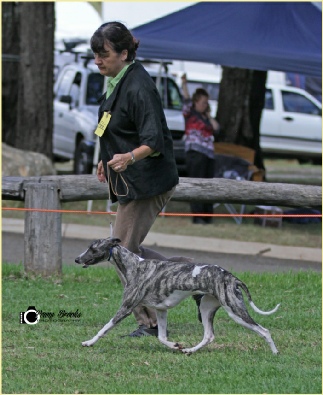 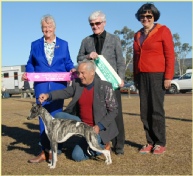 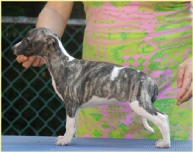 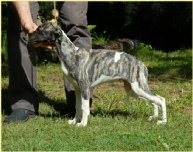 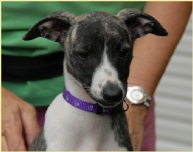