I visited Michael Vikstrom of Kennel Twyborn during November 2012 and it was a very productive weekend. We had already discussed the prospect of Piaffe acquiring a puppy from the planned mating of Ch Twyborn Chromatella “ Dahlia” and Multi Ch Twyborn Big Ben. I found Dahlia to be quite exquisite so I was very happy about that possibility.

But I also met three month old Twyborn Innocense “ Alfred” and could not take my eyes off him. Well the rest is history and he and his half sister Twyborn Joy of Life arrived in Australia in August 2014.  And what a joy they have been!

Folly is already doing well in the show ring.  A recent highlight was winning Best of Breed and Intermediate in Show under Indian judge, Mr P. John at the Combined Northern Rivers Kennel Club on 8 November 2014. This followed a third placing in a very large junior bitch class at Melbourne Royal just a month after coming out of quarantine.

During July 2014 I had the pleasure of spending time with Michael and Folly and Alfred in Sweden for a couple of weeks and showing my pair at the premier Tammsvik Whippet Club Show and Hound Show and gaining “excellent” critiques. It was a great experience. 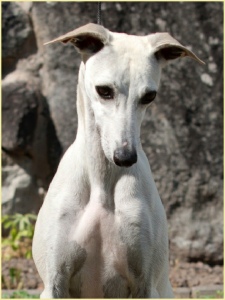 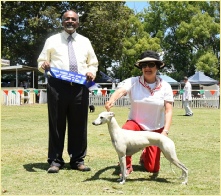 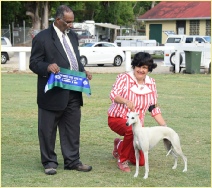 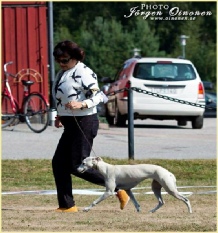 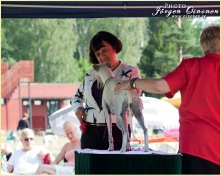 Folly on table at Tammsvik in July 2014 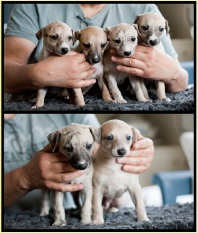 Baby Folly on right in photo with the rest of her siblings. 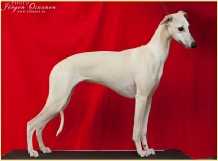 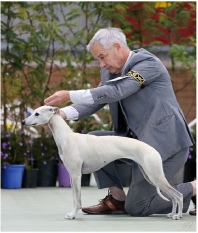 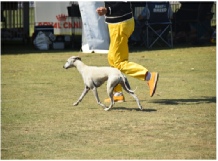 Folly on the move at Durack 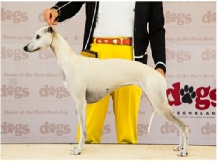 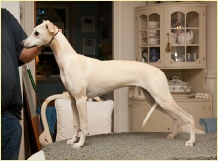